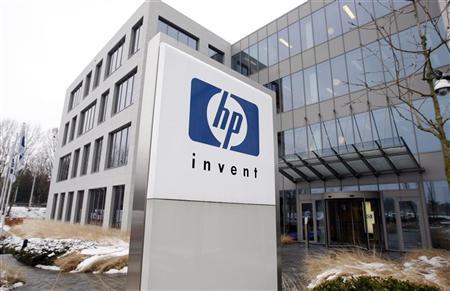 A logo of HP is seen outside Hewlett-Packard Belgian headquarters in Diegem, near Brussels, January 12, 2010.

The lawsuit, filed on Tuesday in federal court in San Jose, California, also named HP’s board of directors, officers, and former executives, alleging breach of duty and negligence for their role in HP’s acquisition Autonomy.

HP is expected to face a barrage of lawsuits by investors seeking to recoup losses. Its shares fell 12 percent to a 10-year low last week after it announced an $ 8.8 billion write-down on its acquisition of Autonomy.

HP Chief Executive Meg Whitman has repeatedly said that the company relied on audits of Autonomy, done by the UK arm of Deloitte Touche Tohmatsu, when it paid $ 11.1 billion for Autonomy last year.

HP last week blamed the majority of its $ 8.8 billion write-down on improper accounting at Autonomy.

In a statement, KPMG said it was not engaged to do any audit work or oversee the Deloitte audit work being questioned. KPMG provided limited services not related to Autonomy’s audit and “we can say with confidence that we acted responsibly and with integrity,” the firm said.

Deloitte said it had nothing to add to its statement last week that it was not responsible for due diligence on the Autonomy acquisition. Deloitte also denied last week that it had any knowledge of any accounting improprieties or misrepresentations in Autonomy’s financial statements.

It said its last audit opinion on Autonomy was for the year ended December 2010.

It said the defendants’ inadequate due diligence caused billions of dollars of damages to HP and resulted in HP “grossly” overpaying for Autonomy.

The lawsuit was filed by Philip Ricciardi, an HP shareholder since 2007.

The case is Philip Ricciardi, derivatively on behalf of Hewlett-Packard Co, v. various defendants, U.S. District court for the Northern District of California, San Jose, No. 12-6003