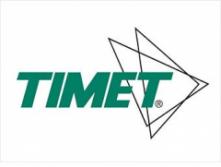 The following are the M&A deals, rumors and chatter circulating on Wall Street for Friday November 9, 2012:

Precision Castparts to Acquire Titanium Metals for $ 16.50/Share in Cash

Under the terms of the merger agreement, Precision Castparts will commence a cash tender offer by November 20, 2012 to acquire all outstanding shares of Titanium Metals for $ 16.50 per share, net to the tendering holder in cash.

The Deal:
Cray Inc. (NASDAQ: CRAY) announced Friday it signed a definitive agreement to acquire Appro International, Inc., a privately-held developer of advanced scalable supercomputing solutions, for approximately $ 25 million in cash, which assumes at least a $ 3.5 million net working capital balance at closing with no debt. Appro builds some of the world’s most advanced high performance computing (HPC) cluster systems.

UPS Trying to Save TNT Deal

The Deal:
UPS (NYSE: UPS) is working on solutions to save their $ 6.64 billion takeover of Dutch express delivery company TNT Express (OTC: TNTEY), according to sources speaking to the Wall Street Journal. The two companies will plead their case to the European Commission next week to in an attempt to have the deal approved. There are concerns from the EC regarding competition issues.