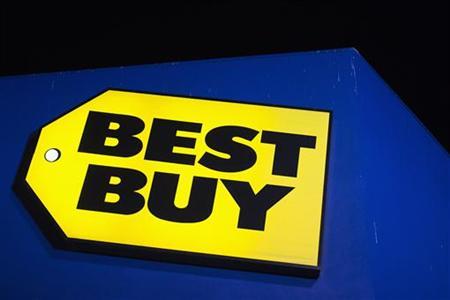 By Dhanya Skariachan and Nivedita Bhattacharjee

(Reuters) – Best Buy Co Inc (BBY.N) agreed to extend the deadline to February 28 for founder Richard Schulze to make a bid for the company, continuing the uncertainty for shareholders over whether he can put a bid together.

The company said on Friday the extension would allow Schulze to include the consumer electronics retailer’s full-year results as part of his due diligence review.

The new deadline will also give him more time to line up partners and financing for a bid. A source told Reuters on Thursday that Schulze didn’t have financing lined up in time for a December bid.

Schulze, who founded Best Buy in 1966, has said he would fund any deal through a combination of private equity and debt financing, as well as the reinvestment of some of his own equity in the company.

“Obviously with the extension, there is still some hesitation on the part of his private equity suitors about how much financing they would want to put up for this deal,” Morningstar analyst R J Hottovy said.

Under the extension, Schulze will be able to submit an offer any time during February, and the company will have 30 days to review and make a decision on the bid.

But Best Buy’s performance has continued to lag and its stock has slid since. Last month, the company reported a decline in same-store sales for the ninth time in the last 10 quarters.

Best Buy’s fortunes have faltered as consumers increasingly use its big box stores as showrooms for products they end up buying online at Amazon.com Inc (AMZN.O) and other websites.

To add to its troubles, the company forced out Schulze’s protégé, Brian Dunn, as chief executive earlier this year amid allegations he was having an inappropriate relationship with a female employee.

That scandal led to the ouster of Schulze from the board, and Best Buy hired turnaround expert Hubert Joly as CEO to come up with its own restructuring plan.

If he can come in with a bid at about $ 16 or $ 17 a share when the market thinks the stock is only worth $ 12, it is in the interests of shareholders to extend the deadline, Hottovy said.

“That’s really the best hope for investors, that Schulze takes it out because there’s been no other good news for the company,” said Rakesh Agrawal, principal analyst at San Francisco-based consulting firm reDesign Mobile.

Agrawal, who also advises hedge funds and money managers on the technology sector, said at this point the stock was trading entirely on whether a deal can get done or not.

A Best Buy spokesman said the extension will not affect the company’s day-to-day operations, especially during the all-important holiday season.

“We are determined to have a strong holiday season,” both in stores and online, spokesman Matt Furman said, adding that the company was moving “full speed ahead” with its turnaround plan.