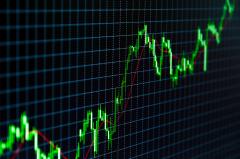 Things will be pretty quiet again on the earnings front this week, as the calendar year turns over. Family Dollar Stores (NYSE: FDO) and Mosaic (NYSE: MOS) are scheduled to share their fiscal quarter’s results late in the week. But fourth-quarter 2012 earnings reports do not begin to roll in until Alcoa (NYSE: AA) and Wells Fargo (NYSE: WFC) step into the spotlight the following week.

Here is a quick look at what analysts expect to see from Family Dollar, Mosaic and a few of the other most prominent reports due this week:

This North Carolina-based discount retailer is expected to report Thursday morning that for its first quarter of fiscal 2013 it had a profit of $ 0.75 per share. That would be up from earnings of $ 0.68 per share in the same period of the previous year. And analysts on average expect quarterly revenues to total $ 2.38 billion, which would be up more than 10 percent from a year ago. Note that Family Dollar has topped consensus EPS estimates in just two of the past six quarters.

Second-quarter fiscal 2013 earnings from this leading phosphate and potash producer are expected to come to $ 0.94 per share, on revenues of $ 2.6 billion. In the same quarter of the previous year, the company exceeded EPS estimates when it posted $ 1.40 per share and $ 3.01 billion in sales. But note that Mosaic fell short of consensus EPS estimates in three of the past six quarters. The company is scheduled to share its results Friday before the opening bell.

For the first quarter of fiscal 2013, chemicals company A. Schulman (NASDAQ: SHLM) is forecast to post earnings of $ 0.49 per share, while revenues totaled $ 495.40 million. The consensus EPS estimate ticked up from $ 0.48 in the past 60 days. In the same quarter of last year, the company reported greater-than-expected EPS of $ 0.52 per share and $ 517.29 million in revenue. Analysts have underestimated EPS in most recent quarters. Look for the earnings report Thursday afternoon.

In its Thursday report, Piedmont Natural Gas (NYSE: PNY) is expected report a net loss of $ 0.07 per share for its most recent quarter. That compares to net loss of $ 0.13 per share in the year-ago quarter. The full-year EPS estimate of $ 1.62 would be up from $ 1.57 per share in the previous year. Fourth-quarter revenues are expected to total $ 198 million, which would be marginally higher than a year ago. Analysts predict that full-year sales will total $ 1.1 billion, down from $ 1.4 billion a year earlier.

First-quarter fiscal 2013 earnings from UniFirst (NYSE: UNF), a maker of uniforms and workwear, are forecast to come to $ 1.33 per share, while revenues totaled $ 327.27 million, in Thursday morning’s report. In the same quarter of last year, the company beat EPS estimates when it posted $ 1.30 per share and $ 313.02 million in sales. The consensus EPS estimate is unchanged in the past 60 days. Analysts have underestimated UniFirst’s per-share earnings in the past six quarters.

In its report Friday morning, mall-based specialty retailer Finish Line (NASDAQ: FINL) is expected to post fiscal third-quarter earnings of $ 0.10 per share, which would be a penny less than in the same period of last year. That consensus estimate was $ 0.11 just 60 days. Quarterly revenues are forecast to total $ 296.67 million, which would be more than five percent higher than a year ago. And for the current quarter, which includes most of the holiday shopping season, analysts so far are looking for sequential and year-over-year growth of both EPS and revenue.

Oklahoma City-based drive-in restaurant operator Sonic (NASDAQ: SONC) is expected to report Thursday afternoon that for its first quarter of fiscal 2013 it had a profit of $ 0.11 per share. That would be up from earnings of $ 0.09 per share in the same period in the previous year. But analysts on average expect quarterly revenues to total $ 126.45 million, which would be marginally lower than a year ago. Sonic has not fallen short of consensus EPS estimates in the past four quarters.