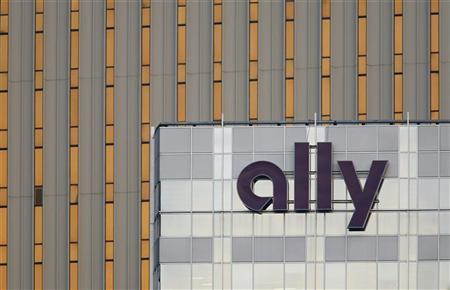 An Ally Financial sign is seen on a building in Charlotte, North Carolina May 1, 2012.

By Jessica Toonkel and Rick Rothacker

(Reuters) – Ally Financial Inc is nearing a deal to sell its auto financing operations in Europe and Latin America for around $ 4 billion, with General Motors Co emerging as the lead bidder if the company decides to sell those operations as a whole, two sources familiar with the situation said.

Ally is still considering whether to split the business geographically – Europe and Latin America – and sell it to two different parties, the sources said on Friday. A deal could come as soon as next week, they said.

Details of an agreement have not been finalized, and the outcome could change, the sources said. Ally is still talking to a handful of financial institutions that have made separate bids for its European and Latin American assets, they said.

Ally, which is 74 percent owned by the U.S. government after a series of bailouts during the financial crisis, announced in May a plan to sell its international operations in a bid to speed up repayment to taxpayers.

GM, also partly owned by the U.S. government after its own taxpayer-funded bailout, declined to comment.

An Ally spokeswoman said, “We continue to be focused on maximizing shareholder value and finding the best solutions for the remaining international operations.”

Once known as GMAC, Ally is the former auto lending arm of GM, which has been rebuilding its finance operations. The U.S. automaker bought AmeriCredit Corp in 2010 and in August disclosed that it was among the bidders for Ally’s international operations.

Ally Chief Executive Michael Carpenter said last week that the lender had interest from multiple parties for its Europe and Latin American operations and that he expected a sale to be announced this month.

Last month, Ally agreed to sell its Canadian auto finance and deposit business to Royal Bank of Canada for $ 4.1 billion and its Mexican insurance unit to ACE Ltd for $ 865 million.

Those two sales are expected to bring in about $ 5 billion in proceeds, producing pretax estimated gains of $ 1.2 billion, Ally said last week. The European and Latin American operations have a book value of about $ 3.3 billion.

Ally is focusing on U.S. auto lending and banking in a bid to turn its business around. Its Residential Capital mortgage unit filed for bankruptcy in May, and it is looking to sell most of its remaining mortgage operations.

Of the $ 17 billion it owes the U.S. government, Ally has paid back $ 5.8 billion, including dividend payments.