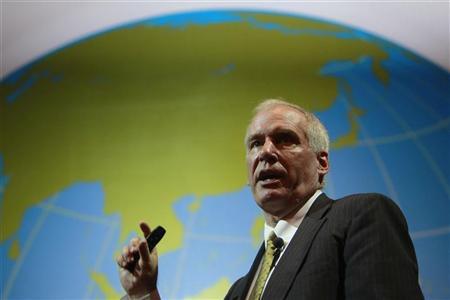 By Jonathan Spicer and Alister Bull

(Reuters) – Central bankers appear satisfied with the impact of their latest monetary stimulus, though there is some disagreement over how forcefully to continue purchasing bonds, remarks by two top policymakers on Monday showed.

Boston Federal Reserve Bank President Eric Rosengren, one of the most vocal proponents of Fed asset purchases, said there was a “strong case” for the Fed to stay the course on accommodative policies next year and continue buying a total of $ 85 billion in bonds each month.

In September, the Fed announced an open-ended bond buying scheme that began with $ 40 billion per month in mortgage-backed securities.

That new effort to boost the economy comes on top of a separate program in which the Fed was buying $ 45 billion of longer-term Treasury securities per month with proceeds from sales of a like amount of shorter-term debt.

The latter plan, known as Operation Twist, is set to expire at the end of this month, and most analysts expect the central bank to substitute an equal amount of long-term Treasury buying.

However, James Bullard, president of the St. Louis Fed, argued the central bank should not replace its expiring ‘Operation Twist’ program on a dollar-for-dollar basis. He said the impact of outright purchases that expand the Fed’s $ 2.8 trillion balance sheet further would be more pronounced than those in Twist, where the funds for long-term buys come from sales or redemptions of short-term maturities.

“If the goal is to keep policy on its present course, the replacement rate should be less than one-for-one,” Bullard told the Little Rock Chamber of Commerce. In a separate interview with the Wall Street Journal, Bullard suggested $ 25 billion as an adequate monthly amount.

The U.S. economy grew at a 2.7 percent annual rate in the third quarter but is expected to have slowed in the final months of the year. Unemployment remains elevated at 7.9 percent.

William Dudley of the New York Fed argued the Fed’s mortgage-backed securities purchases have provided much-needed support to the economy, even if their benefits in easing financial conditions have not been fully passed through from financial institutions down to customers.

“Our policy has been and continues to be effective – though it is certainly not all-powerful in current circumstances,” he said at a conference on mortgage finance at the New York Fed, at which his Boston Fed counterpart Rosengren was the keynote speaker.

The conference was aimed at exploring some of the blockages in the transmission of Fed policy to American consumers, Dudley said.

“We are focusing on … the significant widening of the spread between yields on mortgage-backed securities and primary mortgage rates,” he said.

In response to the financial crisis and deep recession of 2007-2009, the Fed had already slashed official rates to zero and bought some $ 2.3 trillion in government and mortgage-backed bonds prior to the launch of its latest stimulus.