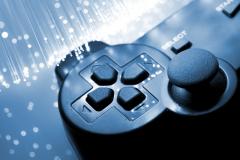 Sony (NYSE: SNE) is set to make a major announcement on Wednesday, February 20. The company has not provided any info regarding what investors can expect from the event, but it has said that it will involve the future of the PlayStation business.

That business encompasses more than the next PlayStation console — it involves online gaming via PSN, digital distribution, PS Vita, online videos, PlayStation Mobile, and an unannounced streaming game service spawned from a $ 380 million acquisition. Thus, Sony’s event could be about virtually anything. There are, however, five things that the company should focus on.

Many are expecting a $ 50 reduction by the end of 2013 (if not sooner), but many retailers have already dropped that much or more via Black Friday sales, free game offers and free gift cards.

Thus far, these discounts have not helped PS Vita become the new king of handhelds. According to VGChartz, the device has only sold four million units since it was released last winter.

If Sony wants to increase sales and save PS Vita from certain doom, it should drop the price to $ 99 and rebrand it as the ultimate small tablet. In doing so, the company would surely take a loss on every unit sold. By enduring the loss today, however, Sony could make billions selling software to new PS Vita owners tomorrow.

Three Tech Demos, Two Teaser Trailers, One Controller and a Partridge in a Pear Tree

Right now, consumers are eager to see the first glimpse of PlayStation 4 — the first games, the new(?) controller and any other tidbit Sony is willing to reveal. If Sony is serious about unveiling PlayStation 4 this month, it should take the opportunity to show off the usual batch of tech demos, as well as a couple teaser trailers for actual games. (Historically, game publishers would consider saving the trailers for a later press event, such as E3.)

Sony should also introduce the new controller, which may or may not be Wii U-esque gamepad that contains a touch screen.

New PS Vita Games That Will Sell the System

Contrary to the lame ads, weak launch titles, low battery life and high retail price, PS Vita is actually a very good machine. Few consumers are aware of this fact — mostly because they are required to purchase the device to uncover its true beauty.

To spur sales to a more respectable level (25 million units by the end of 2013 would be nice), Sony needs to unveil several triple-A games that consumers cannot live without. This is by no means an easy task, but it is very necessary. Without great games — an endless amount of them — PS Vita will continue to struggle at retail.

Ten years ago, consumers made fun of Nokia’s (NYSE: NOK) first and only game system: the N-Gage. Designed as a phone for gamers, the N-Gage had weak software, awkward buttons and an odd shape that required users to hold it like a taco. Needless to say, it failed at retail.

Sony may have feared that a PS Vita phone would encounter a similar response. However, consumers have recently shown that they are willing to use any phone — no matter the size — just as long as it looks cool. Sony should take note (and take action) before consumers change their minds.

Sony may not be ready to stream games over the Internet. That’s okay — but there is no reason why Sony should not provide investors with an update regarding its $ 380 million acquisition.