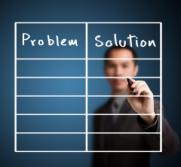 In what seemed like an instant, the iWatch has gone from a mere concept to a full-fledged, nearly confirmed product with a design team of 100 individuals.

The hype for this product is out of this world. While no one actually knows what an iWatch will look like or how it will function, bloggers, analysts and graphic designers are eager to share their best guesses.

There are two universal assumptions that people are making: A) the iWatch will replace the iPhone, or B) it will interact with it in a number of clever and innovative ways.

If investors suspect that it is merely an add-on device, then they have nothing to get excited about. Historically, add-ons do not sell very well. While Apple (NASDAQ: AAPL) could certainly change history (not for the first time), it would be very unlikely that an add-on would greatly increase the company’s bottom line.

The real reason why investors — along with bloggers, analysts and everyone else in the world — are excited is because they believe that the iWatch will be something more. While the first iteration may not completely replace the iPhone, they think (or hope) that it will be the groundbreaking device Apple needs to keep growing — one that can sell 47.8 million units during a given quarter.

If it is, Apple will be faced with a number of obstacles — and five significant problems.

No One Wants a Dick Tracy Phone

As an iPhone replacement, the iWatch would require users to talk to their wrists. While this might have seemed like a cool concept in the 1940s, it is important to remember that Dick Tracy was conceived several decades before the first cellular devices were developed.

At the time, no one could imagine a world where smartphones allowed users to not only talk and send text-based messages but also run a number of programs like a computer. In fact, when Dick Tracy was conceived, consumers didn’t even have computers!

The Screen is Too Big. Or Too Small. Or…

Apple said that it made a four-inch iPhone because it was just the right size. The company launched an entire ad campaign to prove this point, focusing on how a user can interact with the touch screen using only one hand.

This was a silly ad, but the message was clear: Apple likes making small, comfortable devices.

The problem with the iWatch is that there might not be a “perfect” size — not for you, not for your friend, not for anyone. Many expect the watch to be the size of an iPod Nano. Others expect it to be two or three times larger. In either case, the device would be smaller than the iPhone, which would greatly diminish its functionality.

If Apple goes the other route and makes the iWatch larger, it could be cumbersome and uncomfortable to wear. Apple is very unlikely to build a device of that nature.

One-Handed E-Mails Are a Big No-No

This is the number-one problem that every manufacturer faces when developing a wearable computer of any kind: they may only be usable with one hand.

Apple could feasibly design an iWatch that is easy to remove, making it more of a mini iPhone than anything else. (Hmm, a small iPhone users can wear. How interesting.) If it is truly a “watch,” however, users will ultimately interact with it using one hand.

For Web surfing, simple apps, Facebook, Twitter and other apps, this might be okay. However, no one is going to want to send e-mails or text messages this way on a regular basis. There may be a few teenagers who brag about their one-handed texting skills, but most people are faster, more efficient and more comfortable using two hands.

It Will Kill the App Store

If the iWatch turns out to be an iPhone replacement, it had better be something revolutionary. Otherwise, it will destroy the App Store.

All of the hundreds of thousands of apps currently available were built for a smartphone-style device, not a pint-sized screen that is tethered to a user’s wrist. Apple might have something really brilliant planned, but even it does, an iWatch could still diminish the value of existing apps.

Evidence shows that smartphones are getting bigger. Even Apple is expected to build a larger iPhone next year.

Thus far, consumers have welcomed these larger devices with open arms. What makes Apple think that its customers will scale down their expectations and embrace an iWatch?

Again, Apple may be building a device that will change everything. However, that does not mean consumers will respond. While Apple has made billions selling iPods, iPads and iPhones, consumers do not always respond to innovation. Apple knows this better than anyone.

Posted in: Tech, Best of Benzinga