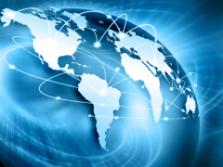 Very quiet markets during the US Veterans Day holiday. Merkel’s comments on Germany being hurt by a euro zone recession helped ease EUR/USD with already tight ranges. Also undermining the single currency that the ECB has rigged its collateral framework to allow Greek banks to keep funding Greece’s short-term funding need via the bill market also weighed in the single currency.

We await the end of the Eurogroup meeting at any time. No Greek decision is expected amid talk that finance ministers may meet on Greece again later this week.