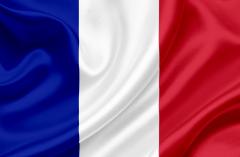 The euro traded steadily at $ 1.3585 on Wednesday morning after recovering from worrying PMI data from several of the bloc’s members.

The common currency isn’t expected to maintain its current position as many have begun to speculate that the US Federal Reserve will likely begin tapering sooner than expected.

As 2013 comes to a close, data indicates that the global economy is in the mend. PMI data this week confirmed that the US, China and Britain were all poised to begin 2014 with their best foot forward. However, the eurozone was left out as although the region did well on the whole, several key eurozone members are dragging the bloc’s recovery down.

Eurozone PMI as a whole rose to 51.6 in November, the fifth straight month of growth and a two year high. However, individual PMI readings were a major concern as France, the bloc’s second largest economy was one of few eurozone nations to post a score below 50, indicating a contraction.

Reuters reported that France’s PMI was down to 48.4 from October’s 49.1, marking a new five month low. The data fueled worries that the French recovery was sputtering to a halt. Spanish PMI was equally worrying as the nation’s reading also came in below 50 after posting three months of growth.

Moving forward, investors will continue to watch for fresh US data that could provide clues about the Fed’s plans for the future. While most consider the incoming chairwoman Janet Yellen to be quite cautious about pulling back on the nation’s stimulus, the bank’s previous meeting minutes suggested that several members are ready to begin tapering as soon as the data warrants.