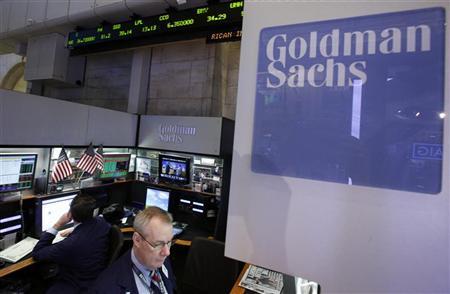 Traders work at the Goldman Sachs stall on the floor of the New York Stock Exchange, October 16, 2012.

(Reuters) – Goldman Sachs Group Inc is in settlement talks with the U.S. government over an $ 8.3 billion position that one of the investment bank’s traders had concealed five years ago, according to a published report.

The Financial Times said a settlement with the U.S. Commodity Futures Trading Commission, which regulates U.S. futures and options markets, is expected in the coming weeks, citing two sources familiar with the plans.

The planned settlement follows Thursday’s announcement from the regulator that accused ex-Goldman trader Matthew Marshall Taylor of hiding a large position in S&P 500 e-mini futures contracts. Taylor has denied the accusations, his lawyer said on Thursday.