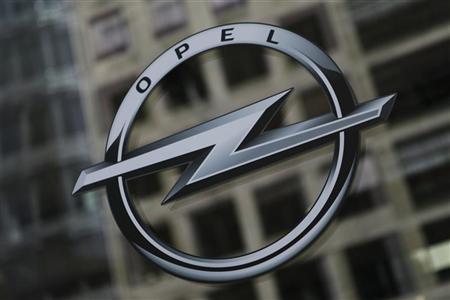 (Reuters) – Talks between General Motors’ (GM.N) Opel unit and France’s PSA Peugeot Citroen (PEUP.PA) on joint vehicle development are on track, while there are no plans at this stage to build cars together, Opel’s interim chief executive told a newspaper.

“The quality of the talks is really very good. And the operational and technical advantages are so great that we will surely will be able to wrap up soon the negotiations on joint vehicle development,” Thomas Sedran told WirtschaftsWoche.

GM and Peugeot unveiled an initial alliance agreement in February with the goal of saving at least $ 2 billion annually within five years, evenly split between the partners.

GM paid 320 million euros ($ 419 million) for a 7 percent stake in Peugeot as part of the original deal.

People close to the situation told Reuters last month that the partners had halted talks on an even deeper tie-up amid misgivings about the French carmaker’s worsening finances and government-backed bailout.

Opel aims to boost business in Russia and Turkey by capitalizing on its German brand, Sedran also told Germany’s Wirtschaftswoche.

It was working on a plan to boost Opel sales in China from 5,000 units a year now. “You can only be successful in China if you produce there. Plants in Europe aren’t much help.”