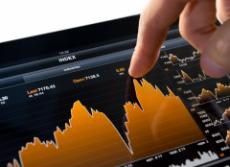 Market optimism is on the rise again. U.S. Economic activities showed significant improvements in a second-quarter and with Syria placed on a back burner, global markets gained confidence.

The U.S. is heading toward economic growth and recovery as is seen by the data released on Thursday. Second-quarter real GDP climbed to 2.5 percent, a substantial increase from the revised estimate of 1.7. On an employment front, Jobless claims declined to 6K in August 24 week, whereas last week’s claims were at 13K. The reduced unemployment applications do not necessarily point to increased hiring though.

For the first day this week, European markets are gaining. U.S. military actions against Syria seems to be subsiding; in an interview on Thursday, President Barack Obama stated that final decision has not been made on Syria.

In U.K., politicians and public strongly oppose the Prime Minister, David Cameron in his argument to get directly involved in Syria. British parliament is still to decide next week on the issue.
In addition to reduced fears on Syria, news of a potential deal by Verizon Communications Inc. to buy back its forty five percent stake from Vodafone Group PLC have especially helped European markets to advance on Thursday.

PowerShares DB US Dollar Index Bullish ETF (NYSE: UUP), which tracks the performance of the United States Dollar versus a basket of foreign currencies, was rose by 0.64 percent at 22.15.

US Airways (NYSE: LCC) climbed 4.2 percent on possible settlement with Department of Justice in regards to a merger with American Airlines.

Monster Worldwide (NYSE: MWW) rose 8.9 percent as there are speculations the company will buy back more shares on the open market.

PetroLogistics (NYSE: PDH) declined by 2.3 percent after company lowered distribution estimate to $ 1.59 per unit from previous $ 1.71 per unit.