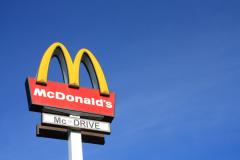 McDonald’s (NYSE: MCD) is scheduled to report its fourth-quarter and full-year results Wednesday, January 23, before the markets open. Investors will be looking to see whether a management shake-up in the United States and renewed emphasis on value has paid off, as well as the impact of the ongoing concerns in Europe and the signs that growth in China may be slowing.

Analysts on average predict that McDonald’s will report that revenue for the quarter rose marginally year-over-year to $ 6.89 billion. And per-share earnings are expected to come to $ 1.33, which would be the same as in the comparable period of last year. That consensus earnings estimate is the same as it was 60 days ago. But note that the earnings per share (EPS) fell short of the consensus estimates in the previous two quarters. The third-quarter EPS of $ 1.47 missed the street view by less than three percent.

McDonald’s attributed its third-quarter results to increasing competition in the United States and the weakening economy abroad, and it warned that October same-store sales were trending negative. The company said it would step up advertising for its dollar menu and bring back the popular McRib sandwich nationally. The share price pulled back more than two percent in the days following the third-quarter report.

The analysts’ consensus forecast for the full year calls for $ 5.31 per share earnings on revenue of $ 27.50 billion. That would be up from $ 5.27 per share and $ 27.01 billion in the previous year. That consensus EPS estimate is unchanged in the past 60 days as well.

During the three months that ended in December, McDonald’s saw its global same-store sales decline in October for the first time in nine years, replaced the president of its McDonald’s USA unit, announced it would sell packaged coffee in Canada and install iPads for customer use at some locations.

McDonald’s long-term EPS growth forecast is almost nine percent, and the price-to-earnings (P/E) ratio is less than the industry average. The operating margin is greater than the industry average, and the return on equity is a healthy 40 percent, while the return on investment is about 19 percent. The number of shares sold short, as of the end of December, represents a little more than one percent of the float. That is the lowest short interest since mid-October.

The consensus recommendation of the 27 analysts surveyed by Thomson/First Call who follow the stock is to buy shares, and it has been for at least three months. But their mean price target, or where analysts expect the stock to go, is only about five percent higher than the current share price. Price targets could be raised if McDonald’s offers a positive surprise in this report. A Wells Fargo analyst predicted last week that fourth-quarter results would be better than expected.

The share price has risen more than nine percent since hitting a 52-week low in mid-November on news about the October sales. However, shares are still trading more than nine percent lower than a year ago. The share price is above the 50-day and 200-day moving averages. But over the past six months, the stock has underperformed Burger King, Panera Bread and Wendy’s, as well as the Dow and the S&P 500.