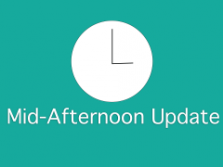 Top Headline
Wells Fargo (NYSE: WFC) kicked off earnings season for the financial sector this morning, beating analyst estimates by two cents per share. Despite the beat, shares opened down just under 1.5 percent and proceeded to inch upwards.

Equities Trading UP
Dendreon (NASDAQ: DNDN) shot up 20.69 percent to 6.16 after an upgrade at Bernstein and widespread optimism on the street about its cancer drug Provenge.

Shares of Best Buy (NYSE: BBY) were up as well, gaining 17.04 percent to $ 14.29 after the company reported its holiday sales, beating analyst estimates.

Research in Motion (NASDAQ: RIMM) also saw a boost, trading up 12.18 percent to $ 13.37 as traders gained confidence in the ailing tech company.

Equities Trading DOWN
Bazaarvoice (NASDAQ: BV) continued to fall early in trading friday, declining 11.21 percent to $ 6.65 as traders voiced their fears over the antitrust suit filed by the Department of Justice.

Shares of Cliffs Natural Resources (NYSE: CLF) were down as well, falling 4.15 percent to $ 36.17, continuing its reputation for wild volatility.

Eurozone
In the eurozone this morning, markets were down across the board after some weak industrial production data was released.

Economics
In economic news Friday morning, trade balance came in at -48.7 billion, lower than the projected -41.3 billion and the prior report of -42.10 billion.