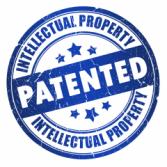 In its attempt to prevent other manufacturers from releasing any device that is remotely similar to the iPhone or iPad, Apple (NASDAQ: AAPL) sued the world. No competitor was off limits, so long as the firm produced a tablet or smartphone. If it produces blatant iMac clones, Apple will remain silent.

Now that Apple’s tactics are beginning to backfire, the company is looking for any excuse it can find to justify its troubles. The latest excuse involves the Leahy-Smith America Invents Act, which was designed to reform the patent system and was signed into law last year.

According to Fortune, the Leahy-Smith America Invents Act has made it easier for companies or individuals to challenge Apple’s patents. Philip Elmer-DeWitt explains that the new law makes it more difficult for the Patent Office to deny requests to review the validity of a patent.

“Or, to put it the other way, easier to initiate a review — which is what has happened in the case of all three patents,” Elmer-DeWitt wrote, referring to the Apple patents that were recently invalidated. “A patent examiner agreed to take another look at Apple’s patent claims based on the new objections and decided there was a case to be made. That’s not quite the same as rejecting them.”

Elmer-DeWitt added that the “burden now falls on Apple to defend its claims.” Additional patent challenges are expected to follow.

This may not be the patent reform that Apple had hoped would come from the new legislation, but it is what the company must deal with now that it has been signed into law.

Apple is down again today, dropping less than one percent.