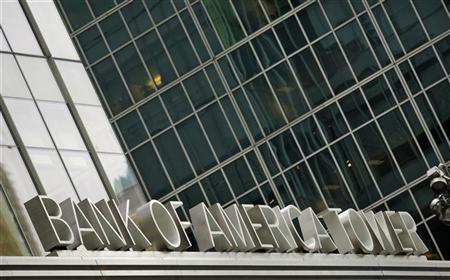 By Aruna Viswanatha and Rick Rothacker

(Reuters) – Securities regulators have made inquiries into the mortgage repurchase practices at Bank of America Corp’s Countrywide unit, according to a transcript filed in a lawsuit against the bank by insurer MBIA Inc.

The details of the inquiries, which had not been previously disclosed, were included in documents filed this week.

It is unclear if the SEC continues to investigate the matter, but the documents reveal the agency’s interest dating back to at least 2010 in an issue that has already saddled the second-largest U.S. bank with billions of dollars of losses in the wake of the financial crisis.

When selling the mortgages, banks made promises or “representations and warranties” about the loans. Investors can ask banks to buy back soured mortgages if these promises were evidently broken, for reasons such as poor underwriting, insufficient verification of income or other documentation errors.

Since buying Countrywide in 2008, Bank of America has been forced to take billions of dollars of losses on soured mortgages that were sold to investors such as Fannie Mae and Freddie Mac during the housing boom. At the end of the third quarter, it had set aside reserves of $ 16.3 billion in reserves for future claims.

While the SEC has taken action against Bank of America over its merger with Merrill Lynch, it has not sued the bank over conduct at Countrywide. In 2010, the SEC imposed a record $ 22.5 million penalty on Countrywide chief executive Angelo Mozilo over disclosures made as the subprime mortgage crisis emerged.

The SEC’s interest in repurchases was disclosed as part of heated litigation between MBIA and Bank of America over mortgage-related claims. Bank of America on Thursday filed a lawsuit against MBIA related to the bank’s efforts to buy the insurer’s bonds.

An SEC spokesman did not respond to a request for comment. A Bank of America spokesman declined to comment.

In its annual report filing in February, the bank said it had received “a number of subpoenas and other requests for information” from regulators about mortgage-backed securities and other mortgage-related matters.

In its most recent quarterly filing, it also included a recurring disclosure that “in the ordinary course of business” the bank is “subject to regulatory examinations, information gathering requests, inquiries, investigations, threatened legal actions and proceedings.”

The transcripts filed this week include depositions MBIA lawyers conducted with Bank of America employees in August. The interviews, with Cynthia Simantel and Michael Schloessmann, shed new light on what the SEC may be examining.

Simantel, who is an executive in Bank of America’s investor audit department, which handles repurchase claims, said she gave testimony to the SEC “a few years ago”, and discussed with the SEC a grid used to rate loans that came in to the group, according to the transcripts.

Schloessmann, who managed the representations and warranties process, which governs how repurchases are made, said Countrywide provided the SEC with claims-related data the agency had requested in early 2010.

Countrywide also put together a document about the top five reasons that they have approved repurchases related to so-called monoline insurers, which was provided to the SEC, according to emails discussed by Schloessmann.

The details suggest the SEC could be examining whether the bank was properly reserving for repurchases, or whether it properly disclosed its repurchase requests.

(Reporting By Aruna Viswanatha in Washington and Rick Rothacker in Charlotte; editing by Andrew Hay)