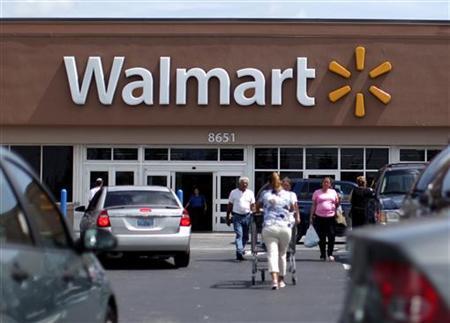 Customers are seen at a Wal-Mart market in Miami, Florida May18, 2010.

(Reuters) – Wal-Mart Stores Inc reported quarterly sales below analysts’ expectations on Thursday, with sales at established U.S. discount stores up, but not as much as Wall Street expected.

Still the world’s largest retailer also said sales so far this month were better than expected in the United States as its focus on low prices has resonated in an economy where unemployment continues to be high.

(Reporting by Brad Dorfman in Chicago and Jessica Wohl in Cincinnati; Editing by Lisa Von Ahn)