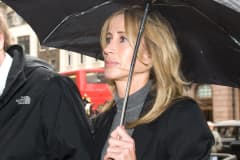 Michelle Young, the estranged wife of property tycoon Scot Young, arrives at the Royal Courts of Justice in London on Nov. 13, 2009.

A bitter divorce battle, which has seen billionaires from the U.K. and Russia take the stand in London and shone a light on the issue of asset concealment in international tax havens, has concluded with a £20 million ($ 33 million) award.

Michelle Young, who went from an international jetset lifestyle to a two-bedroom flat with her two daughters when her husband, Scot Young, was declared bankrupt, branded Friday’s judgment “disgraceful.” Her lawyers had argued that she should be awarded £300 million to £400 million.

She has spent seven years and £6.5 million, mostly borrowed, funding a fight to recover what she believes are up to £1 billion worth of assets stored away by her husband.

Yet U.K. judge Justice Moor concluded that there was not enough evidence to conclude that Young, who has previously served six months in jail for contempt of court over his failure to disclose his assets, was concealing assets on the scale she believed.

“This case has been extraordinary even by the standards of the most bitter matrimonial breakdowns. Extremely serious allegations have been bandied around like confetti,” he said.

Moor found that the property investor, who claims he lost a fortune in an ill-fated property venture, was hiding just £45 million worth of assets—and that Young’s wife was entitled to £20 million of that. Young has been ordered to pay up within four weeks.