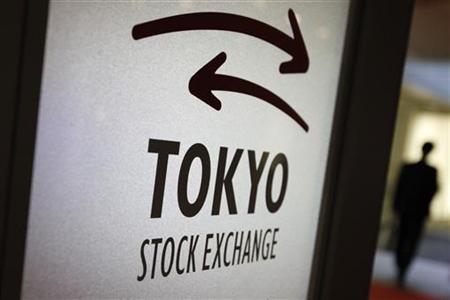 (Reuters) – Uncertainty over whether U.S. lawmakers will strike a deal by an end-of-year deadline to avert a severe fiscal retrenchment undermined the yen and bolstered Japanese shares, but trading volume was low with many participants on Christmas holiday.

House of Representatives Speaker John Boehner failed to gain support for a tax plan at the end of last week, raising fears that the United States may face the “fiscal cliff” of some $ 600 billion in automatic spending cuts and tax increases set to start on January 1.

U.S. lawmakers and President Barack Obama were on Christmas holiday and talks were unlikely to resume until later in the week.

The dollar rose to a 20-month high of 84.965 yen early on Tuesday in Asia, as Japanese players caught up with global players who had reacted overnight to incoming Japanese Prime Minister Shinzo Abe’s comments that stepped up pressure on the Bank of Japan.

Abe said on Japanese television on Sunday that he will try to reform a law guaranteeing the BOJ’s independence if his demand for a binding inflation target is not met. The yen has been pressured by expectations that the BOJ will be compelled to adopt more drastic monetary stimulus measures next year.

The dollar was expected to stay firm this week as investors repatriate dollars, and as the U.S. fiscal impasse will likely continue to sap investor appetite for risky assets and raise the dollar’s safe-haven appeal.

“The dollar is seen relatively well bid, with all focus on the fiscal cliff,” said Yuji Saito, director of foreign exchange at Credit Agricole in Tokyo.

“Negotiations may be carried over the weekend, but markets still expect a deal to be struck by December 31. It is unthinkable that the U.S. will risk driving its economic growth sharply lower by not agreeing to avoid it.”

Japan’s Nikkei stock average .N225 resumed trading after a three-day weekend with a 1.5 percent gain, recapturing the key 10,000 mark it ceded on Friday after Boehner’s failure sparked a broad market sell-off and the Tokyo benchmark closed down 1 percent. .T

“Ongoing optimism about the weak yen is lifting hopes that exporters’ earnings will be better than expected,” said Hiroichi Nishi, general manager at SMBC Nikko Securities.

MSCI’s broadest index of Asia-Pacific shares outside Japan .MIAPJ0000PUS has barely moved as most Asian bourses were closed for Christmas.

Taiwan shares .TWII were up 0.1 percent on gains in technology shares and financial heavyweights, while Shanghai shares .SSEC were down 0.3 percent in early trade.

Goro Ohwada, president and CEO at Japan-based fund of hedge funds Aino Investment Corp, said investors were likely to focus on economic fundamentals and the United States for cues on investment direction in 2013.

“There is a feeling that an investment strategy based on economic fundamentals may finally work next year, with asset prices more closely reflecting fair value. The problem is, we don’t know yet which asset is a better bet than others,” he said.

There is also hope for new policies from the United States for the next four years now that the presidential elections are over, he said.